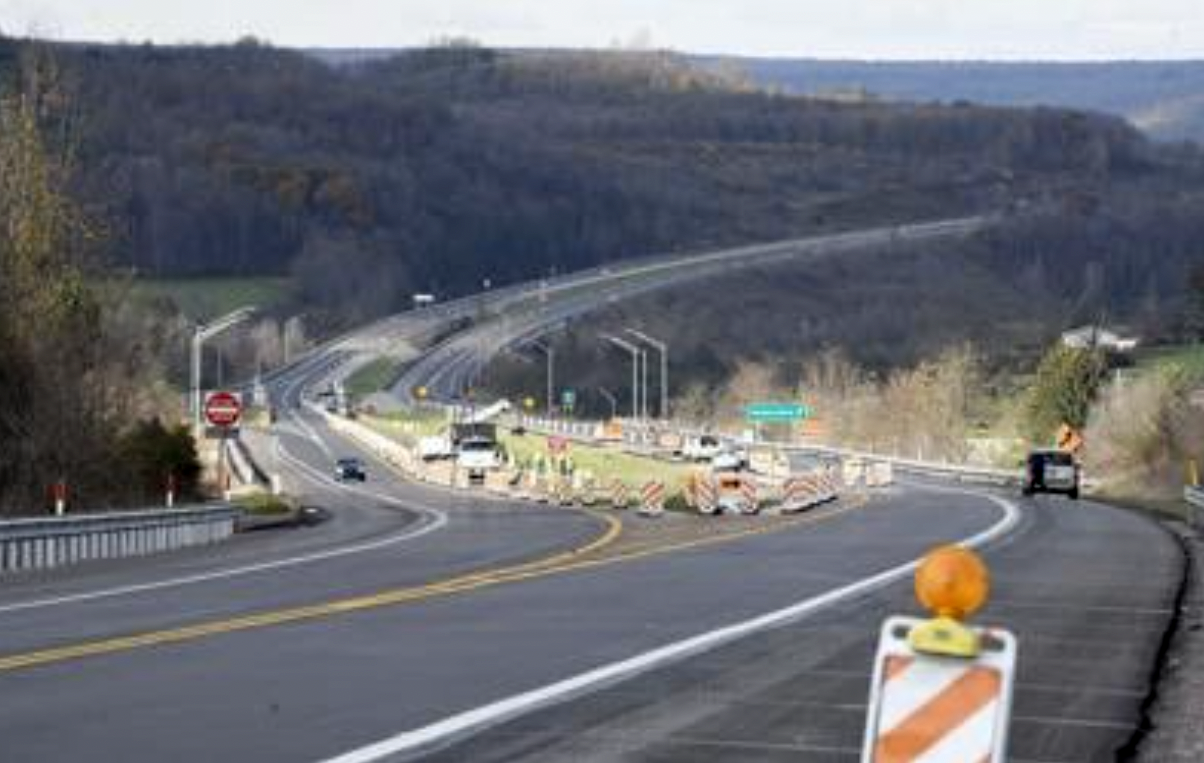 MEYERSDALE, Pa. — A $53 million boost in highway dollars has been committed to carry the U.S. Route 219 project through its final design in the coming years — one of the few major hurdles remaining to get the project to construction in 2028.

Pennsylvania lawmakers on both sides of the aisle said the funding will “accelerate” the highway’s four-lane expansion from the Meyersdale Bypass to the Maryland line.

“The people of Somerset County have fought for decades to complete the several- mile strip between Meyersdale and the Maryland border, and thanks to the infrastructure law, we are one step closer to making that a reality,” said U.S. Sen. Bob Casey, who was an early backer of the federal infrastructure bill.

Wednesday’s announcement signified the state’s decision to commit $53 million of those federally secured highway dollars toward enabling Route 219’s next phase to occur.

State Sen. Patrick Stefano, R-Fayette, and Senate Transportation Committee Chairman Wayne Langerholc said the state’s commitment to direct $53 million toward the project is a key step toward benefiting a “huge economic driver” for the area.

The segment is the final 5 1/2-mile piece awaiting completion for the project linking Johnstown to Maryland. Local officials have spent decades working toward the milestone.

The often-stalled effort received new life last fall with the passage of the Bipartisan Infrastructure Law spearheaded by the Biden administration, which included guaranteed highway funding for Pennsylvania and the Appalachian Highway Development System that encompasses part of U.S. Route 219.

The final phase is currently halfway through a preliminary design period that will outline possible routes for the project as well as undertaking certain environmental clearances.

The project previously received $6 million in Appalachian Program Development funds and well as $17 million in federal dollars — and Pennsylvania Department of Transportation officials and state lawmakers said they worked in the months since to ensure the project could proceed through its next steps.

That will include mapping out a final route and acquiring the land rights to build it through rural Somerset County.

The final design phase was originally estimated at less than $45 million in 2020.

State Rep. Carl Walker Metzgar, R-Somerset, said he was “disappointed” that the project has become so expensive — but said completing the highway is of the utmost importance “because of the economic and transportation benefits” it provides.

“I am simply thrilled to keep the project moving in the right direction,” he said.

PennDOT officials said earlier this month that they are planning public meetings this summer to gather feedback on proposed routes to Maryland.

In January, federal lawmakers announced $55 million in funding for Maryland’s part of the project, enough to essentially complete the final section from Old Salisbury Road at Grantsville to the Pennsylvania line, officials said at the time.