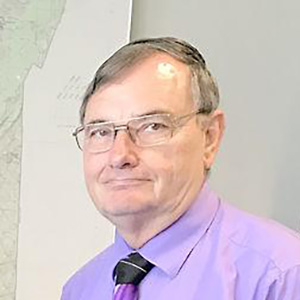 Mr. Vatavuk was a member of the very first graduating class of the University of Pittsburgh at Johnstown in 1971. He has served as a Somerset County Commissioner from 2008 up until his passing.

Retired from the North Star School District, where he taught for 36 years and touched the lives of hundreds of students. John was a champion for the completion of Route 219 from Somerset to Meyersdale. That section of highway was opened in October of 2018, fulfilling a great part of his longtime dream of seeing it constructed the whole way to the Maryland border.

He served on the Board of Trustees of the Penn Highlands Community College, the North South Highway Coalition, the Continental One Board, Windber School Board, and numerous other boards and committees throughout the County of Somerset.

His biggest passion was playing basketball with his friends every Wednesday evening at the Windber Community Building. He also loved sports of all kinds, mainly Pitt football and basketball. He was also an avid recycler. John coordinated the Somerset County arm of the Commissioning Committee for the USS Somerset and is an Honorary Plank Owner. He was an active member of St. Thomas Lutheran Church, where he served as its Grove Committee Treasurer, Sunday School Superintendent, Sunday School Teacher, Church Council Member, and Manager of the Softball Team.

On April 13, 2019, he was inducted in the Windber Area Hall of Fame, which he considered to be a great honor. 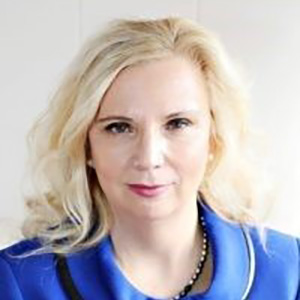 Brenda has held the position of Special Assistant to the Chief, Community Development at GROWTH by NCRC since June 2018. Prior to coming to the GROWTH team, she served as the Executive Director for The Greater Cumberland Committee (TGCC) for seven years, in which she demonstrated strong advocacy for regional economic development in three states and 15 counties, in and around Western Maryland.

Brenda is a 1997 graduate of Allegany College of Maryland with an A.A. Degree in English and a 2015 graduate of Frostburg State University with a B.S. Degree in Political Science. A graduate of the 2011 Leadership Allegany! and the 2016 Leadership Maryland programs, she has chaired numerous Boards and Committees. In 2017, Brenda was honored for outstanding service in the non-profit sector by the Leadership Maryland Board of Directors at their 25 th  Anniversary event, and in 2018, she was named TGCC’s Greater Good recipient by her regional peers and colleagues for promoting “more gain, less fame” during her service to the organization. 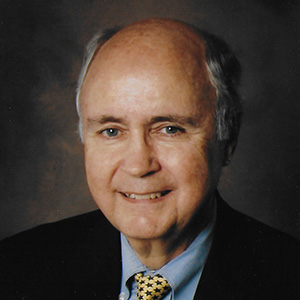 Married to Mary Kay (Kelly) Finan, a retired professor of Education at Frostburg State University. They are the parents of two children: Patrick and Kelly. 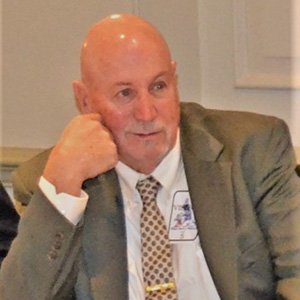 During his term at the Oakland Rotary Club he oversaw the complete tear down of the Club’s famous French Fry Booth at the Garrett County Fairgrounds and the complete rebuilding of it to accommodate the flow of raw potatoes to the final product of french fries and sodas.

As President of the Garrett County Development Corporation he oversaw the re-payment of a million dollar loan to the Board of Garrett County Commissioners.

He has been an advocate of the North-South Application Corridor Project since the mid-1990s and joined The Greater Cumberland Committee in that effort which resulted in an act of Congress that helped all Appalachian States work to complete their unfinished Appalachian Development Highway System roadways. 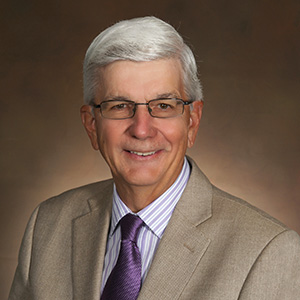 John H. Balch has been a pillar in the community for many decades, both through his business and through his desire to help others in the area.

Mr. Balch has been a local pharmacist for over 50 years. He is the owner and President of The PharmaCare Network. Throughout his professional career, he has served with the Maryland Board of Pharmacy, the University of Maryland School of Pharmacy Board of Visitors, Cardinal Health and The Medicine Shoppe. 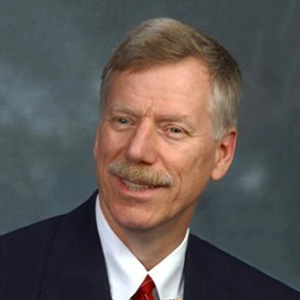 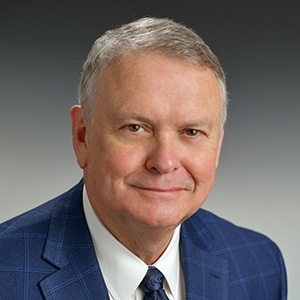 Mr. Ronan’s experience includes positions in management and administration at Presbyterian-University Hospital in Pittsburgh, now University of Pittsburgh Medical Center, and Pittsburgh’s Allegheny General Hospital, now Allegheny Health Network. He has obtained his undergraduate degree and earned a Master’s in Public Administration from the University of Pittsburgh. He is a Fellow in the American College of Healthcare Executives and was appointed by the Governor to serve as a commissioner, for a recently completed second term, with the Maryland Community Health Resources Commission. 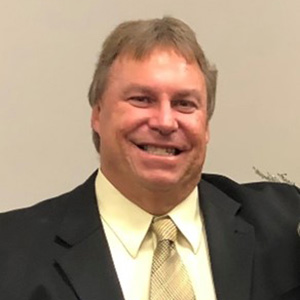 Garrett County Maryland has been home to Jonathan “Smiley” Kessler for four decades and I feel blessed to have the relationships with so many terrific Western Marylanders. The Pennsylvania farmland outside Gettysburg provided a terrific basis for an entrepreneurial businessman and the Garrett County landscape encouraged the growth first as a surveyor, then a real estate developer and ultimately a developer of businesses in the hospitality sector. I still feel as I did in 1980, that our region has amazing potential! 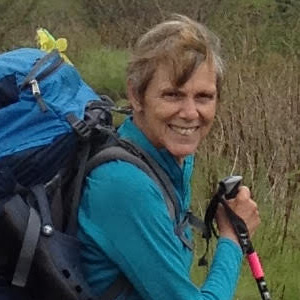 Colleen T Peterson has 40 years of experience as an administrator in higher education and not- for-profit management. Her career includes serving as Vice President for a University Advancement at Frostburg State University (Maryland) and Executive Director of The Greater Cumberland Committee. Currently, she provides consulting services to businesses and not-for-profit organizations in the areas of strategic planning and capacity development. Her clients include Railey Mountain Lake Vacations, United Way, Frostburg State University, and the YMCA of Cumberland. 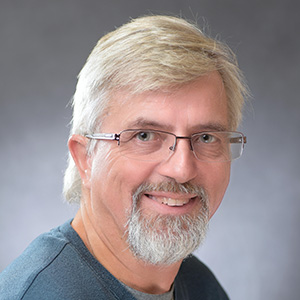 Terry is a community activist and entrepreneur. He is married to Virginia and has three sons. He has operated more than a dozen businesses in his career while always finding time for community service. He travels extensively and loves all things outdoors. He founded Coldwell Banker Home Town Realty in Keyser and Romney, and was an organizer and President of Keyser Inn. Over the years he has operated a construction company, fitness center, book store, various real estate investments and developments and other small businesses. His latest project is North Branch Ventures which operates Queen’s Point Coffee, North Branch Pub, and most recently Thunder Hill Outfitters.

He has served his communities for over 50 years in various capacities and serves on Boards at the Community Trust Foundation, TGCC, Highland Arts, Mineral County Convention and Visitors Center, and Mineral County Development Commission with active membership in many others. He has also organized a number of Community festivals over the past 30 years. He considers himself as chief visionary at his businesses. His personal motto is “Always leave a place better than you found it”! 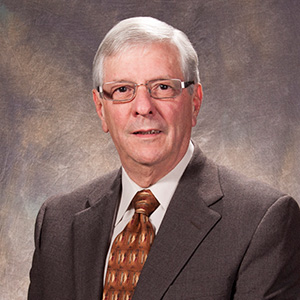 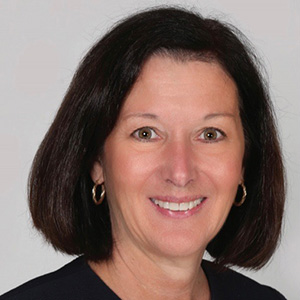 Kathy is the Director of Business Relationships with First United Bank and Trust with over 39 years of experience in the banking and financial services industry specializing in retail branch management, commercial lending, special industry lending, and financial planning for consumers and businesses.

Kathy is a former Chair of the Greater Cumberland Committee and received “The Greater Good Award”. She is was also a member of the Board of Education Curriculum Committee, the City of Cumberland Economic Development Commission - Former Chair, County United Way - Former Campaign Chair and was awarded the Volunteer of the Year and the Community Caring Awards, and March of Dimes - Former WalkAmerica Chair. 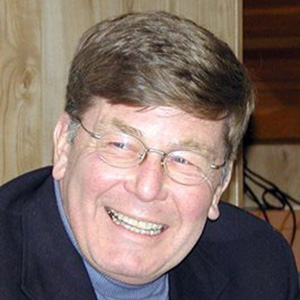 He was educated in Davis public schools and later attended Berea College where he received his B.A. degree in agriculture. He entered medical school at West Virginia University and also studied at Medical College of Virginia, followed by his internship in Charleston. He specialized in internal medicine for three years at WVU.

He was dedicated to his family, medicine, agriculture, and environmental protection and served all with passion and honor. He was a co-founder of the Braddock Medical Group where he worked for 37 years, attending physician at both Sacred Heart and Memorial Hospitals, attending physician in the Allegany Community College and Sacred Heart Hospital cardiac rehabilitation program, a clinical instructor at the University of Maryland's School of Medicine, medical director of the Fort Ashby Medical Foundation Clinic, president of Med Chi the Maryland State Medical Society, member of the Executive Committee of the Sacred Heart Hospital's medical staff, as well as an associate of the American Thoracic Association and the American Society of Internal Medicine.

He and his wife, Betty, owned and operated a beef cattle farm in Short Gap. He was named Farmer of the Year in 1982 by the Mineral County Soil Conservation Committee, outstanding district tree farmer in 1983 by the West Virginia State Forestry Department, and was cited in the Potomac Valley Soil Conservation District. Dr. Spiggle hosted Markus Witschi from Hindelbank, Switzerland, through the International 4-H Youth Exchange to teach him American farming customs. He was chairman of the Board of Visitors for the University of Maryland's Appalachian Environmental Laboratory at Frostburg, president of the Nemacolin Chapter of Trout Unlimited, and a member of the West Virginia Conservancy, the Maryland Conservation Council, and the Citizen's Coalition on Surface Mining. His citizen activities included membership with Allegany County Chamber of Commerce, Mineral County Farm Bureau, and the Frostburg State College Foundation Executive Committee. He was elected and served as Mineral County Commissioner for six years.

Some of the many awards he was granted over the years include 1990 A.H. Robins Award for community service, named the 2013 Most Loyal West Virginia Physician by the West Virginia University School of Medicine Alumni Association, and was elected to the Alpha Omega Alpha Honor Medical Society for his work as a preceptor in the AHEC Clinical Education Program. He was awarded the 1991 Public Service Award from Common Cause/West Virginia for taking the lead in banding together a group of citizens in Mineral and Allegany counties to form a coalition in fighting a landfill site that posed a hazard to the environment, helped develop Allegany Health Right to insure treatment for low income citizens, and was instrumental in creating WVRx, a public-private partnership that works with pharmaceutical companies to dispense donated medicines to West Virginians who are without prescription drug insurance.

Nominations must be submitted by Friday, September 18. Please send your nominations directly to Sharon Corwell at scorwell@greatercc.org.