ARC to invest $550,000 in battle against substance abuse 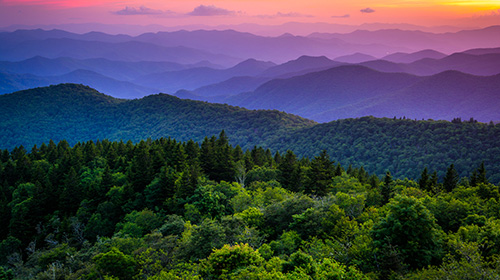 Guy Land, the legislative liaison for the ARC, detailed the program and other issues at a virtual meeting hosted by The Greater Cumberland Committee on Thursday.

According to Land, statistics that track the rate of drug overdose deaths show Western Maryland ranking above many other areas.

“The problem originated in Appalachia and the region continues to be disproportionately challenged by this issue,” Land said. “Western Maryland’s rate of death is significantly higher than the statewide rate of death from substance abuse ... not all of this is opioids.”

The statistics measure the number of deaths per 100,000 people. Land said the rate in Western Maryland over the current five-year period is double the previous five-year period.

“The ARC announced a new grant competition today,” Land said. “It’s designed to help folks in recovery get training to reenter the workforce. We have grants for up to $500,000 for implementation of a program and we have $50,000 for planning. You must contact your state ARC office if you are interested. Letter of intent is due by October 16 and the application is due on Nov. 13.”

Land said the ARC was created in 1965 by Congress.

“We are fundamentally about helping the Appalachian region achieve socioeconomic parity with the nation,” Land said. “We cover 13 states, including all of West Virginia. Nothing we do can be done without agreement of the federal side and the state collectively.”

Land also gave an update on the Appalachian Development Highway System. Western Maryland, which is trying to connect U.S. Route 219 to Corridor H in West Virginia, is directly impacted by funds available for the project through ARC.

“The appropriation bill that the House of Representatives has considered does contain $100 million (for the ADHS), the Senate has not yet taken up that appropriations bill but conversations with staff suggest that funding will be in there, although I don’t have a sense of what the level funding will be,” Land said.

The highway system consists of 3,090 miles of roads and is 91% complete throughout Appalachia.

“But some of the most challenging and most expensive parts are in that 9% that remains to be constructed,” Land said. “I know that is important to folks in Western Maryland with U.S. Route 219. Just know there are members on Capitol Hill that are interesting in providing dedicated funding for the ADHS. Over time, that will be beneficial to a number of states who have incomplete corridors. Funding exclusively for ADHS in FY 2020 is $100 million and the prospect of that be continued in FY2021 looks good.”

Land said ARC has invested $9.6 million over the last five years in development projects and $19.8 million in access road projects. He said the average investment in Maryland is $1.9 million annually.

“There is still an awful lot to be done,” he said. “COVID has taught all of us across the region about the weaknesses and availability of broadband for students when they attempt to go online for class stuff and we are still struggling with how to address that challenge. But, we remain committed to helping the region.”