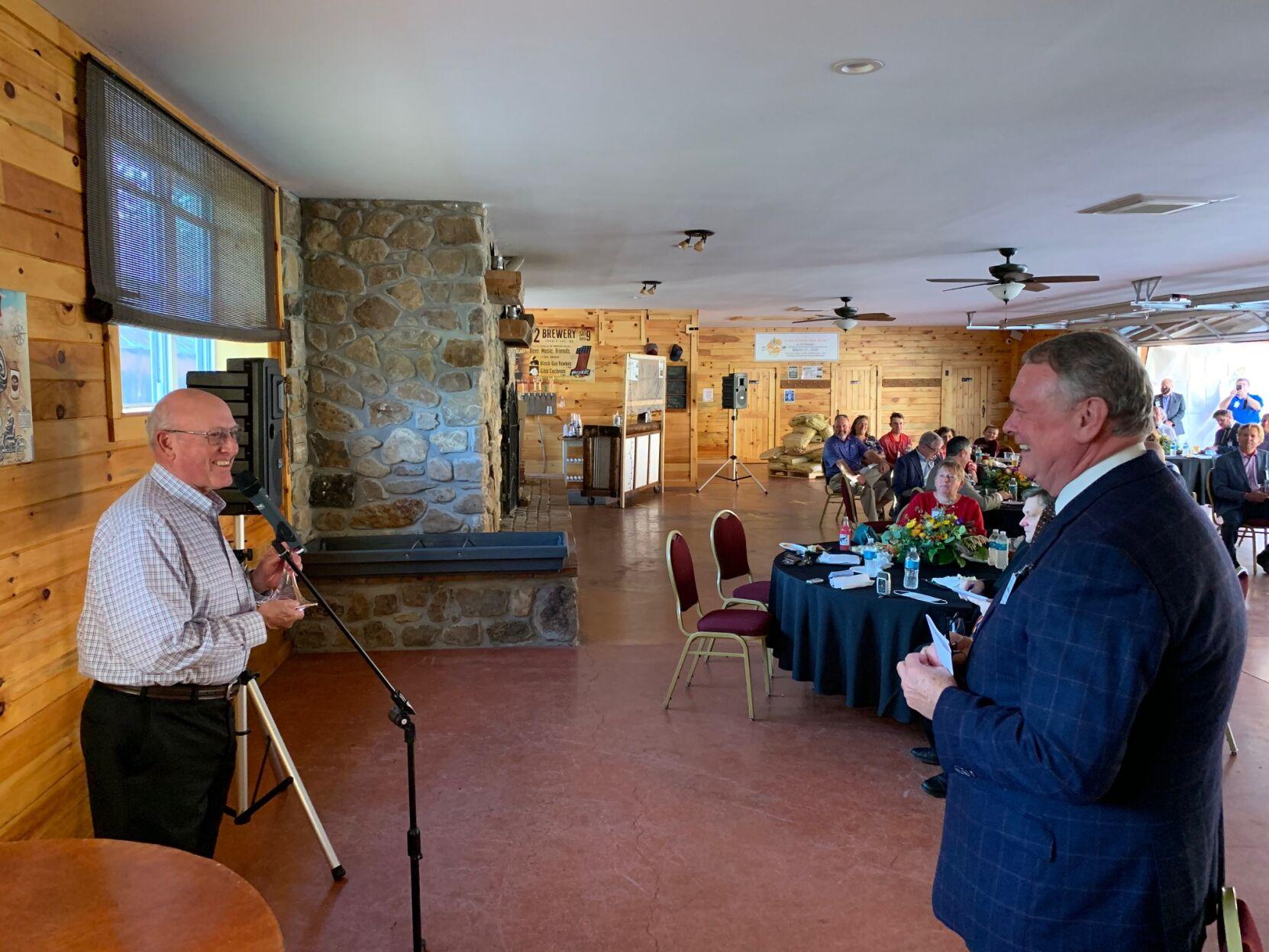 CUMBERLAND — Businessman Carl O. “Bucky” Belt Jr. was recognized Thursday by The Greater Cumberland Committee for his overall contributions to the community.

Belt was presented with the 2020 Greater Good Award at an event held at the 1812 Brewery. President of the construction company Carl Belt Inc., Belt is also known for his philanthropic work in the tri-state area.

Jennifer Walsh, executive director of TGCC, acted as host with Barry Ronan, president of the UPMC Western Maryland, announcing Belt as the winner.

“Recipients of the award must be a member and demonstrate a commitment to advancing the greater good in the Tri-State region and to recognize and practice the philosophy of less fame, more gain,” said Ronan. “Carl Belt has represented the epitome of less fame, more gain. In addition to his charitable and philanthropic contributions, his businesses have made a major economic contribution to our community through the hundreds of good-paying jobs that have been provided.”

Ronan added, “Despite his many responsibilities, Carl Belt makes serving and giving back a priority and he has served on many regional boards in the community. He has definitely enhanced the overall quality of life in the area. During the height of the COVID pandemic, his company was one of the first organizations to donate generous amounts of PPE (personal protective equipment) and other items. Anyone who knows him would definitely agree that Carl Belt Jr. is definitely a philanthropist and is well-deserving of this award.”

“I wasn’t expecting this at all,” said Belt. “This is a pleasure. I’ve been active in the area for over 50 years. This is what we had intended to do from the beginning and we hope it continues in the future. I thank you very much.”

Numerous elected officials and business leaders attended the event. Sen. George Edwards presented Belt with a citation from the state of Maryland.

“He always wants to know what going on in the community and he has done a great job,” said Edwards. “The Greater Cumberland Committee has done a lot of good for the area and Bucky had been part of that and he wants to get people involved. Keep up the good work.”

“This certificate is in celebration of your contribution to workforce development, education and economic vitality in the region,” said Donoghue. “Your vision and commitment to leading a better future for the five-county region of Western Maryland and efforts to provide for the greater good are an inspiration to the entire region and we look forward to working with you in the future.”

The gathering was also a celebration of the 20th anniversary of TGCC. Food was provided by Mise En Place with music provided by the Jim Roderick Trio.