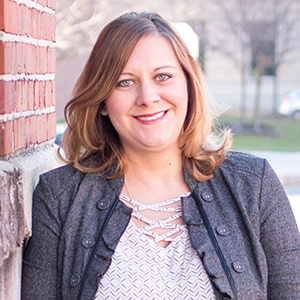 Juli McCoy began her career in 2001 at The Greater Cumberland Committee. She holds administrative and technology associates degrees from Allegany College of Maryland, has attended Frostburg State University to further her education, and is currently finishing a bachelor's degree in business administration leadership at Liberty University.

She joined the staff of County United Way in 2014 as the finance manager and was appointed as Executive Director in 2017. She will transition to the position of Executive Director of the Allegany County Chamber of Commerce in January 2021. She is currently secretary of the Allegany County Homeless Advisory Committee, serves on the John Humbird School Advisory Committee, NAACP Community Relations Board, Bridges to Opportunity steering and transportation committees, is a partner in progress member of TGCC, and has served many years on the Leadership Allegany steering committee as a 2010 graduate of the program. From 2012 - 2015, Juli volunteered with a national police support organization, serving as a media liaison at the national level, successfully launching a viral support campaign on social media, and arranging for a CNN interview with the North Carolina chapter. She is a former member of the Western MD Jaycees, and has volunteered in various roles to support youth activities.

Juli and her husband live in the Frostburg area with their three daughters, Audrey, Amelia, and Abigail.