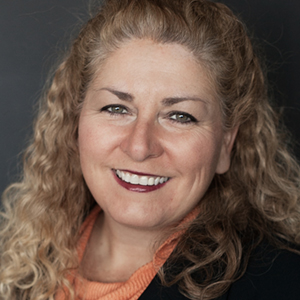 Nicole Christian is the president & CEO of the Garrett County Chamber of Commerce in western Maryland. The Garrett County Chamber also serves as the Destination Marketing Organization for the County and manages the state certified Mountain Maryland Gateway to the West Heritage Area. Nicole is a Certified Chamber Executive (CCE), one of only 450 in the country, and is a 25-year veteran of the chamber industry. She is also a graduate of the Institute for Organization Management (IOM). She has held senior level/CEO positions at three other Chambers and helped lead her Chamber of Commerce in Davenport, Iowa to the coveted designation of 2008 Chamber of the Year by the American Chamber of Commerce Executives (ACCE).

Throughout her career, Nicole has worked with many diverse populations from small businesses to international companies and from small rural communities to large metro areas. She has a special affinity for entrepreneurs and has helped many reach gazelle status. Much of her career has required a concentration on government affairs, which she enjoys immensely but her work in Florida and Garrett County have had a significant focus on tourism which has become a real passion for her.

Over the past 25 years she has earned many awards and accolades for her work in the Chamber profession and for her community service. In 2017, Nicole was named the Maryland Chamber Executive of the Year by the Maryland Association of Chamber of Commerce Executives (MACCE). In 2005, Nicole was designated as one of the Cincinnati Business Courier’s Forty Under 40, recognition of the top young professionals under the age of 40 in the Greater Cincinnati area.

Nicole is an active member of ACCE and is the immediate past president for the Maryland Association of Chamber of Commerce Executives and serves on the Board of the Maryland Tourism Coalition. Nicole is a past ACCE board member and is also very active with the U.S. Chamber of Commerce serving on the Council on Small Business. She is often asked to speak about chamber and tourism related topics and is frequently a strategic planning facilitator for chambers throughout the country.

Nicole has a BA from the University of Kentucky where she studied Political Science and Advertising. She is a native of Ft. Thomas, Kentucky and an avid Kentucky Wildcats basketball fan but has called Garrett County, Maryland home for the last 10 years.