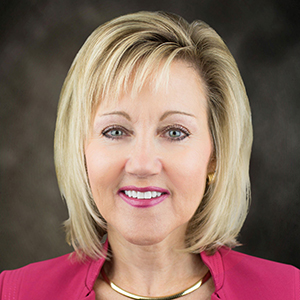 Wendi Peters was appointed Special Secretary of Smart Growth by Governor Larry Hogan on August 24, 2017. Prior to her appointment as Special Secretary, she served as Secretary (2016-2017) and as Deputy Secretary (2015-2016) of the Maryland Department of Planning. Special Secretary Peters serves as Governor Hogan’s representative to the Appalachian Regional Commission, an economic development agency that represents a partnership of state, federal and local governments. Wendi has been a community leader for more than two decades, including two terms as an elected Councilwoman for the Town of Mount Airy. She has served in volunteer roles on the
Board of Appeals, Planning Commission, Downtown Revitalization Committee as well as Committee Chair for the Maryland Municipal League and a mentor in the Business Volunteers Unlimited School and Business Partnership. She currently serves on the Board of Directors of Mount Airy Net, a cooperative of churches and civic organizations providing a safety net of support for those in need.

Wendi is a graduate of Villa Julie College, Loyola University Maryland and is a Fellow of the Academy for Excellence in Local Governance, University of Maryland, College Park. Wendi was selected three times as one of Maryland’s Top 100 Women for her leadership, community service and mentoring which has earned her recognition in the Circle of Excellence. She was also inducted into the Mount Airy Hall of Fame for her leadership and commitment to community.